The role of culture in leadership 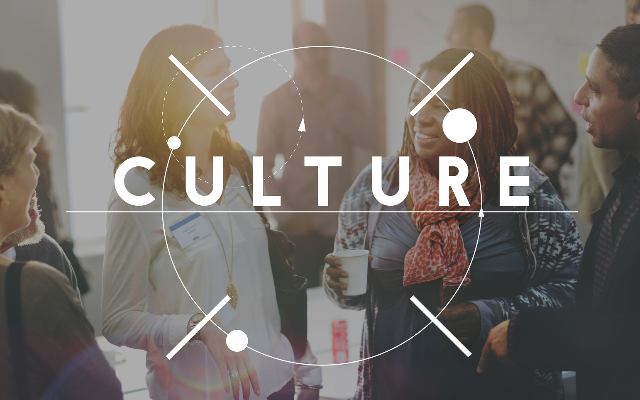 Some leadership attributes, like being trustworthy or encouraging, are viewed the same way in all cultures, but there are other characteristics that only spell leadership to people of Anglo-Celtic backgrounds.

This may present a problem for the 5.1 per cent of Australian senior business leaders who are neither European nor Anglo-Celtic background or for others who aren’t Anglo but want to climb the corporate ladder. Especially when an estimated 24 per cent of the Australian population come from non-European and Indigenous backgrounds.

While we all know what leadership is (especially when we see it), our implicit theories of what constitutes good leadership shape both how we judge our leaders, and how we exercise leadership.

The most comprehensive exploration of these theories of leadership comes from the The GLOBE project. Started in the early 90s, the project surveyed more then 17,000 mid-level managers from 62 countries (including Australia) in a first phase (2004) and over 1,000 CEOs and 5,000 senior executives in 24 countries in a second phase (2014) to find what attributes defined good leadership in each culture.

It found being a loner or irritable is seen as counterproductive in all cultures. However, other attributes, such as being independent or a risk taker, were seen as positive in some cultures, but not in others.

Does leadership have a cultural component?

While researchers have not always agreed that leadership has a cultural component, thousands of studies compared leadership approaches and preferences across two or more cultures over years.

The basic conclusion of these studies is that leadership has both universal and cultural specific aspects. These findings showed up even when the participants were students.

They are also confirmed by in-depth, single country or region-focused investigations. For example, leadership in China has been described as being the combination of both Chinese historical and philosophical traditions (for example, Confucianism and Daoism) and western thinking.

In Arabic countries like Morocco and Qatar leadership has been described as a “bridge between East and West” given Muslim, European and Ottoman Empire influences on people’s backgrounds.

For instance, those from Anglo backgrounds strongly endorse a charismatic/value-based leadership where leaders inspire, motivate, and expect high performance, while also valuing a team-oriented and participative approach. Being humane oriented (or supportive) contributed somewhat to being seen as a good leader, while being self-protective (a focus on face-saving and status) detracted from it.

In comparison, self-protection is not seen as negative in other cultures, such as Southern Asia, Middle East, Eastern Europe, or Sub-Saharan Africa. Those from a Confucian Asia background (including China) stand out as rating participative leadership the lowest in desirable styles. Those of a Latin American background favoured team-orientation and rejected autonomous leaders.

Saving face, as a leader, is not seen as a bad thing to people from Southern Asian or Middle Eastern backgrounds.

A view from Australia

The GLOBE project groups Australians into people of Anglo backgrounds, implying that culturally we are not too different from England or the US, and that we might look for the same kind of leaders. The study cleverly distinguished between practices (“as is”) and values (“as it should be”), but if you’re asking just those who lead how leadership should be, the distinction between current and desired might be lost.

Indeed, a more in-depth follow-up to the initial GLOBE project identified other specific and contradicting features. For example Australians favoured egalitarianism and individualism, or appreciation for visionary leadership – but without too much charisma.

And an industry-commissioned study conducted in 1993 and revisited in 2010 identified that Australians value a “Captain-Coach” approach, consistent with the idea of “mateship”. That is, a “volunteer” attitude, focused on a cause, supportive, and willing to share the pain.

We are more than just our backgrounds

In a study I have conducted on workers in multinational corporations, I found that some local employees behaved in a way that was very different from what their background would suggest. This was the result of exposure to the culture of the organisation they worked for. Such mismatch between background and behaviours or attitudes is even more likely in multicultural societies like Australia.

A leader with an Anglo background might have developed an inclusive approach to leadership, via extensive international experience or by developing their own understanding of how people from other cultures work.

We can also internalise more then one culture, becoming what we call a bicultural, or multicultural individual. At least some of the leaders identified as having Anglo-Celtic, European, non-European, or Indigenous background might identify with more than one culture. Their leadership approach might be influenced by one, more, or none of the internalised cultures.

Repeated studies have revealed that people adapt to their environment and apply their cultural knowledge selectively. For example, this means a bicultural Indigenous Australian leader might not “bring in” their unique perspectives, if their environment rewards a focus on a dominant Anglo perspective.

So we need to ensure not only that different backgrounds are brought into the leadership of Australia, but also that people feel comfortable to use their different perspectives, as opposed to being stifled by a natural desire to fit in.

To a large extent, this can only happen if we are willing to see beyond an Anglo, or any other particular leadership approach, and working towards a view of leadership that is informed by, but transcends, any one culture.

By Dan Caprar, Senior Lecturer, University of Sydney. This article was first published on The Conversation.