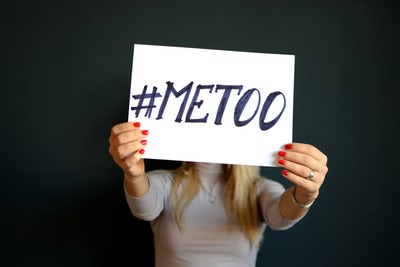 It may only comprise 2 percent of the Australian workforce, but workplace sexual harassment is significantly more prevalent within the info/media/telco sector than any other industry, with only 19 percent of its employees claiming to have not experienced an incident.

This was one of the most alarming revelations from the recently released Australian Human Rights Commission (AHRC) survey, which found incidents of (all) women claiming to be sexually harassed at work – regardless of the sector they work in – having virtually doubled from 21 percent to 39 percent since 2012. Interestingly, while over 90 percent of the perpetrators alleged to have sexually harassed women were male, most male victims also said they had been harassed by men.

Two in every five women, and more than one in every four men, surveyed between April and June, said they had been sexually harassed at work in the past five years. The survey also found that people aged 18 to 29 were the most likely to say they had experienced sexual harassment.

The incidents of workplace sexual harassment in the workplace drops off markedly from 81 percent in info/media/telco to 49 percent experienced within the Arts/recreation sector, while the hiring/real estate and construction sectors recorded the least proportion of incidents at 13 percent and 17 percent respectively.

‘MeToo’ having an impact

Australia’s Sex Discrimination Commissioner Kate Jenkins attributes the recent escalation in the reported number of sexual harassment incidents to the global #MeToo movement, which is clearly making people more comfortable about speaking up.

For example, while the average prevalence of workplace sexual harassment across the 19 sectors surveyed was a third, less than a fifth were prepared to make a formal complaint. Equally concerning, around half of those who made a formal complaint suggested that nothing changed within their organisation as a result.

What’s clear from AHRC research, adds Jenkins is that people don’t believe they can come forward without incurring negative consequences. “Many people are afraid to report their experiences of unwelcomed sexual conduct out of fear they won’t be believed… that they’ll be ostracised, and that it may damage their career,” said Jenkins. “A shocking 45 percent of 18- to 29-year-old workers said they had been sexually harassed in the survey period, yet only 17 percent of people made formal reports.”